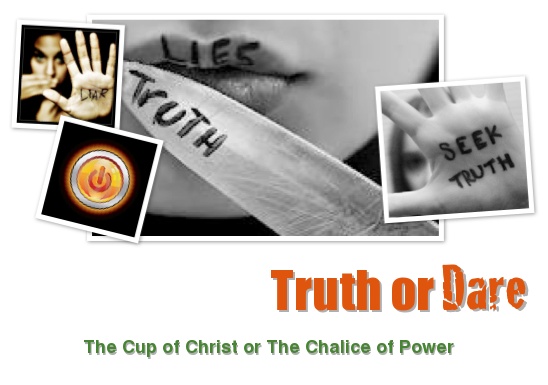 Power. That ever elusive ability to absolutely direct, or wholly influence, life’s course of events or, more importantly, the behavior of others. Deep in our soul’s, we know that we can never really have it. 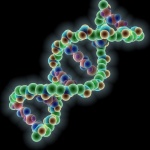 We don’t understand why such power eludes us, but the truth of our inability to rule our destinies, and the destinies of others, does not detour us from chasing after it. Power — one of humanity’s most addictive vices.

So, why is power so attractive to us? What is it about the human spirit that makes mankind pursue it so vigorously? I honestly believe it’s because God has placed that desire in each person, but because of mankind’s being disconnected from Him that desire has gone amuck and causes us to act in a cancerous manner. Cancerous? Yes, cancerous — allow me to explain.

The human body is made up of trillions of cells, all of them growing and dividing in a controlled way to produce more cells as they are needed to keep the body healthy. When cells become old or damaged, they simply die off and are replaced with new cells. Scientists have tried to confirm an exact number, regarding just how many cells make up the human body, but to date they cannot confirm an exact count.

Now, each cell has a specific coding programed into them, known as DNA (Deoxyribo Nucleic Acid). A cell’s DNA defines what it will do, or accomplish. However, if any of our cells DNA becomes damaged or mutates, then the result is a cancerous cell. Cancerous cells do not die when they should and do not allow new cells to form when the body needs them. Essentially these cancerous cells are rogue cells behaving in a faulty, or unpredictable way. A cancerous cell, is really a cell gone mad.

As these cancerous cells group together, they form tumors. Some of these tumors are malignant and some are not, but all are a result of cells acting outside of their normal coding. By the way, there are approximately one-hundred different types of cancerous diseases, each named for the organ for which they originated (ex.: colon cancer begins in the colon, lymphoma begins in the lymph nodes, etc.), but all cancerous diseases begin at the cellular level.

So, what does a cancerous cell have to do with our addiction to, and the pursuit of, power? To answer I must first explain one other statement made earlier. I must explain why I said God has placed into humanity a desire for power.

Read with me from the first chapter of Genesis, verse twenty-six, which states: “Then God said, ‘Let us make man in our image, in our likeness, and let them rule over the fish of the sea and the birds of the air, over the livestock, over all the earth, and over all the creatures that move along the ground.’” According to Scripture humanity was created to rule, to have power over, to dominate all the earth and its inhabitants, but we were to do so corporately, together, and do so under the perfect guidance of our Creator.

So, what happened? What went wrong? Two things. First, sin entered into an angel’s heart. Lucifer (a.k.a. Satan, or the Devil), God’s most wise and most beautiful cherub (Ezekiel 28:12b), decided he could rule over all of creation better than the great I AM (Isaiah 14:13-14). The result was a revolt, led by Lucifer, and when that short lived rebellion was done he, and one-third of heaven’s angelic hosts, was hurled to earth (Isaiah 14:12; Luke 10:18; Revelation 12:3-4 & 7-9). Lucifer was no longer a cherished guardian cherub (Ezekiel 28:14a), he was now Satan, the chief demon of demons.

Satan, who no longer had any authority in heaven, now saw the chance to gain authority in another kingdom. Sure, it wasn’t as grand as heaven, nor did it have the breadth of all of God’s creation, but it was convenient. This kingdom was where Satan was forced to begin his punishment, apart from God, and it was home to one of Yahweh’s most cherished creatures — humanity. This kingdom was earth, and Satan could only take over if mankind (Adam and Eve) relented their authority. So Satan devised a plan.

The Devil decided that he would trick humanity into abdicating their rule of earth to him. Satan, having the power to make himself appear as anything he wished, decided to become as a serpent. Serpents were common on earth and humanity would not question its being there with them. So, making himself as a serpent, Satan began working out this diabolical scheme.

This master demon chose to work his scam on the female of the species, known as Eve. I would guess that Satan did so, because the female was created by God, from a rib of the male of the species (a.k.a. Adam or “Man”), and learned most of what she knew from Adam concerning their purpose — sort of secondhand knowledge, if you will. Not to mention the fact that Eve’s name meant “Life,” and by attacking humanity through her Satan would bring death to her, and mankind’s future generations. Also, if the Devil tried to deceive the male (who was created by God, Himself, and directly taught concerning His statutes), he might have been met with more complications. These complications could have resulted in failure. Satan, knowing this, goes to work on Eve and begins to get her to reexamine the powers she, and Adam, were told they had, by God.

Mankind’s powers, to recap, were to rule over the earth and its living creatures, but another inferred power was that humanity had been given power over death. This ability to avoid death was only available to them as long as they refused to eat from a particular tree; a tree that existed in the very center of the garden that God had placed them in. This plot of land was known as the Garden of Eden, and that became the stage for Satan’s attack and the tree at its center would be his bait.

While Adam and Eve were in the garden, foraging from tree-to-tree, enjoying all the fruits that God had given them. Satan, now disguised as a serpent, awaited his chance to confront Eve. Patiently the serpent hid and watched for Eve to walk far enough away from Adam to begin his con. With all the skills of a master predator, Satan finally gets his opportunity and he launched his sneak attack. Before Eve even knows what hit her, Satan has her eating from the forbidden tree; the tree which gives humanity the ability to be “like God.” The tree of knowledge; the knowledge of what is good and evil. Eve soon has Adam eating from it too, and the result is the second thing that went wrong — sin entered into mankind. (You can read the entire story in the third chapter of Genesis.)

You see, sin is what disconnects us from God. Sin keeps us from fulfilling God’s original intention. Sin causes our spiritual “DNA” to get recoded and go mad. Sin is why Satan, and a third of the angels, thought they could conquer God. Really!? Talk about somebody going mad! But less we forget, sin is what caused us to doubt God’s promises and abdicate our rule of earth to Satan and his minions, once they came after our home. Sin is the reason power has become the addictive vice that it is, for both demons and humanity. Sin reprogrammed Lucifer’s, a third of the angel’s, and mankind’s purpose from God’s original design.

This is why I related mankind’s seeking after power to that of a cancerous cell. Just as a cancerous cell is out of control, devouring healthy cells and preventing itself from fulfilling its purpose, so too are we out of control when power becomes our god. When we, the human race, care more about power than we do our own planet, our own food and water resources, even ourselves, then madness has indeed set in.

When we can devour our earth and its creatures with a veracious appetite of death and destruction, when we can allow humanity to do the same to its self, then insanity has become our motivation. God never intended such perversions from our rule. Mankind was to be responsible stewards of earth and its creatures. A perverse appetite cannot be satisfied. A perverse appetite, fed by death and destruction, is an appetite that must be contented no matter the cost, but never can be. We, just like Satan and his demons, have become cancerous cells willing to destroy ourselves to obtain this ever elusive thing known as power, and only God has the cure — grace!

In our next post we will look more deeply at God’s grace, and at varied forms of this madness known as power.