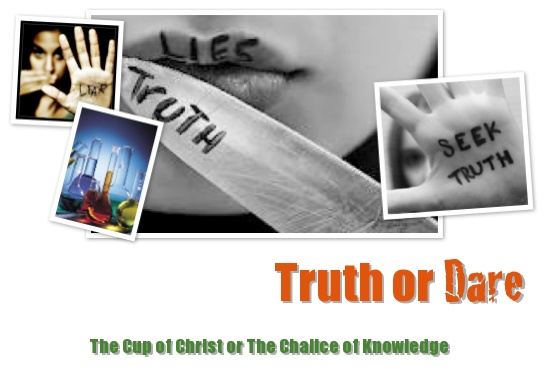 Imagine with me that medical science has figured out how to manifest academic knowledge into a pill. A college student, needing help with their course work,

goes to the pharmacy and asks the pharmacist what kind of “knowledge pills” are available. The pharmacist lifts up a case filled with samples of these modern marvels and opens it up in front of the student.

“We have pills for English literature,” the pharmacist stated as he held out a sample. The student quickly takes the pill, swallowing it and almost immediately gains new knowledge concerning English literature. “Wow! What else do you have?” asks the student.

“Well, I have some pills for several studies. Such as art history, biology, and world history,” replies the pharmacist. The student urgently asks for samples of these, and gulps them down. Again, almost in an instant, the student has acquired new knowledge relating to those subjects. Then the student asks, “Do you have a pill for mathematics?” The pharmacist says, “Yes, but you must pay for this one.” The student agrees, and waits as the pharmacist walks away to the storeroom.

Moments later the pharmacist returns with a humongous pill, and after hoisting it onto the counter, with great effort, the student gasps and says, “I have to take that huge pill for math?” To which the pharmacist replies, “Well, yes — math always has been a ‘hard pill’ to swallow.”

Knowledge. Unlike wisdom, knowledge can be a little easier to acquire, though not as easy as simply swallowing a pill. It requires from us, just as wisdom does, our pursuit of it. Educational facilities can’t force people to learn. Just ask any teacher who’s worked with public school kids for any number of years. They can attest to how hard it is to teach children that refuse to learn, or suffer from a learning disability, but teachers from all grade levels will also tell you how rewarding the job can be when students — hungry for knowledge — grow and grow academically.

Francis Bacon, an English philosopher, statesman, scientist, jurist, and author (who served both as Attorney General and Lord Chancellor of England), is credited with having said, “Knowledge is power.” It is true that knowledge can empower us to obtain many opportunities in life, but apart from understanding it can become a dangerous weapon. A weapon capable of destroying countless lives. You see, knowledge apart from understanding leaves us empty of wisdom, and a person without wisdom is capable of committing horrific acts against all life forms; especially against human life.

There are many ways to obtain knowledge these days, as computers are accessible in almost every area of the globe. There are also plenty of books, and in some areas microfilm is still available. Some television programs are used to educate us, as well as some radio programs, movies, CDs, and DVDs. Smart phones are basically a portable computer which can access the internet, pod-casts, other sound files, and even some movie files. All of these tools grant us nearly instant access to some type of knowledge, but none of these tools are better used than when employed within the academic system, be that system public, private, or home.

Academia opens us up to all types of knowledge, such as basic reading skills, writing skills, and mathematical skills. From there, mankind can be introduced to countless course studies, for example history, a variety of language skills, the various arts, general business and financial skills, and the many varieties of science, just to name a few. Knowledge really is powerful, but again it must be coupled with understanding to be beneficial to us. Academia may give us access to knowledge, but we must remember that only God can correctly couple our knowledge with understanding. When we allow this to transpire in our lives, then God will grant us access to His wisdom (Proverbs 2:6).

We also need to realize the role that faith plays in our attaining real knowledge. People have incorrectly believed that faith is for superstitious people, and not for the person who seeks intelligence. Nothing could be further from the truth. In reality, we all exercise faith on a daily basis. We rarely consider the artistry, mathematics, and science involved in the production of a chair, staircase, skyscraper, car, plane, boat, etc., yet without knowing how these various items happened we day in, and day out, use these tools and believe they will function as expected. That is faith.

The faith you exhibited when you sat in your chair today did not in anyway lesson the significance of the artistry, mathematics, and science placed into it, nor did it make you a superstitious fool. As the writer of Hebrews stated in the first verse of chapter eleven: “Now faith is being sure of what we hope for and certain of what we do not see.” We don’t see the creative process of the artist, the mathematical formulas and laws of physics used by the builder of the chair, but we are certain they are properly applied as we hope to sit comfortably and not fall to the ground. This also applies to our faith in the divine Creator. We don’t see God, Himself, but we see and even experience Him on a daily basis through creation and our faith.

As our faith grows, so too will our understanding of the knowledge God has made available to us. This knowledge, whether acquired through academia or through simply living life, will eventually give way to God’s wisdom, but only if we grow in our faith and seek to know the truth. This is the premise for which academia began; to teach concerning what is true. Yet despite this lofty goal, and all the educational tools at our disposal, people today are getting less truth, because God’s wisdom — God’s knowledge and understanding — has been removed from academia. One subject where this is most prevalent is the subject of biological science.

Linus Pauling, a chemist and pacifist, once said, “Science is the search for truth.” Yet today, in biology classes all around the globe a lie is being taught repeatedly, in spite of the evidence being massed against it. The lie began as a simple scientific theory. A scientific theory that was presented because a certain scientist began to have doubts regarding how life and all of creation happened. The lie? Darwinism, or the study of macro-evolution.

Now before we address the lie of macro-evolution in detail, I want you to understand that doubting is certainly a human characteristic. Doubts drive us to question. We question things like who, or what, caused life and all of creation to exist. Doubt moves mankind to ask when and where did such things transpire. Our doubt leads us to ask why things are as they are; to want to understand how things came about. Doubt is a part of the imperfect human spirit, but it is not a virtue.

Doubt might push us toward knowing the truth, and it might help us become certain that what we have discovered is the truth, but it can also cause us to miss the truth, altogether. Greg Laurie, an author and pastor, once said, “Sometimes doubt is the foyer to enter the sanctuary of certainty. Doubt is an act of the mind. Unbelief is an act of the will.” You see, though we doubt, and though that doubt can lead to understanding what is true, it will not lead us to believe the truth. That is our choice. If we are determined to ignore the evidences of God and live within our doubts simply because we do not want to believe in God, or simply because we are mad at God and religion, then no amount of seeking answers to our questions — no amount of study — no amount of knowledge will lead us to see, and know God.

King Solomon penned in the book of Proverbs, “There is a way that seems right to a man and appears straight before him, but at the end of it is the way of death.” (Proverbs 14:12) This “way that seems right to a man” is the way of knowledge without understanding. It’s choosing to believe in something because we do not want to deal with God’s truth; to foolishly refuse to believe God’s truth thinking that if we refuse it then we will somehow be exempt from it. Unfortunately, choosing to be ignorant of God’s truth does not result in bliss. Recall with me the Warner Brothers’ cartoon characters, Wile E. Coyote and Road Runner.

Wile E. Coyote and Road Runner are two of the classic cartoon characters from the Warner Brothers’ animated series known as Looney Tunes. The coyote was always trying to make a dinner out of the roadrunner, but he could never catch him. Wile E. Coyote would even make ridiculous inventions, or make outlandish purchases, to help him catch Road Runner, but it was always to no avail.

One of the classic gags that took place in nearly every “Coyote/Road Runner” animated short, was the bit where the coyote would be chasing the roadrunner up through the desert mountains and inadvertently both would go running off of a cliff into the open air. Road Runner would stop (in midair, mind you) and stand there staring at the coyote. Wile E. Coyote would give a big sinister grin, thinking that he had finally caught his fast, feathery foe, but quickly he would realize that he and the roadrunner were defying the laws of gravity.

Before making his infamous fall to the ground, a sign would emerge from the coyote asking Road Runner how he was ignoring the law of gravity. The roadrunner would respond with a sign of his own stating that, unlike the coyote, he never studied law. A quick, and hearty, “Beep-Beep” would emerge from the happy-go-lucky bird and off he would go; running across the open sky and back onto the mountain road. Meanwhile, the poor ol’ coyote would drop like a “lead balloon.”

Wile E. Coyote would fall into the screen, until all you see is a brief cloud of smoke puffing up from the ground below.

We are not living in a world of “Wile E. Coyotes” and “Road Runners.” God’s truth exists whether we know of it, and understand it, or not. We cannot ignore God’s truth, or remain uneducated of God’s truth, and expect to escape the results of it. As the Apostle Paul said in the first chapter of the book of Romans:

“The wrath of God is being revealed from heaven against all the godlessness and wickedness of men who suppress the truth by their wickedness, since what may be known about God is plain to them, because God has made it plain to them. For since the creation of the world God’s invisible qualities — His eternal power and divine nature — have been clearly seen, being understood from what has been made, so that men are without excuse. For although they knew God, they neither glorified Him as God nor gave thanks to Him, but their thinking became futile and their foolish hearts were darkened. Although they claimed to be wise, they became fools.” (Romans 1: 18-22)

In our next two posts we will begin to disclose the foolishness of macro-evolution. We will show you, in as much detail as we can, how scientific knowledge is dangerous when God’s truth and understanding is not applied to it. We will also expose the sinister agenda behind American Darwinists.