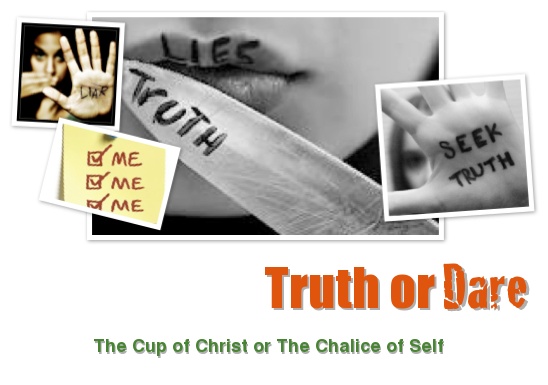 Childhood, for many, is full of wonderful tales of extraordinary adventures. Some are a bit odd, like Where the Wild Things Are, while others are more serious, like The Tale of Peter Rabbit.

Most of the stories that were read to me as a child, or that I can recall reading myself, were chock-full of morals. Lessons about right-and-wrong that the author wanted his or her readers to learn about, and hopefully apply to their own lives.

The Poky Little Puppy, taught us to obey our Mothers, while the more complex — and thanks to political correctness, now controversial — stories of “Uncle Remus” taught us about the many character flaws of Br’er (Brother) Rabbit. Leroy “Encyclopedia” Brown, taught us that crime doesn’t pay at any age, and Charlie and the Chocolate Factory showed us all what can happen to children who are spoiled by their parents, are left undisciplined, and are allowed to misbehave.

In 1971 this book was rewritten as a screen play and released, by Paramount Pictures, under the title Willy Wonka & the Chocolate Factory. The movie was directed by Mel Stuart, and stared Peter Ostrum as Charlie Bucket, Jack Albertson as Grandpa Joe, and Gene Wilder as the infamous “candy man,” Willy Wonka.

The plot is set up early on, by the revealing of a special contest that is being hosted by Mr. Wonka. The contest involved five golden tickets that were hidden inside five chocolate Wonka Bars. This chocolate candy five-some was randomly packed, along side the normal chocolate bars, and shipped to the many candy retailers around the globe. The lucky children who find the five golden tickets, along with the escort of their choice, would win a private tour of Willy Wonka’s mysterious chocolate factory. A factory so exclusive that no one is ever seen going in, nor is any one ever seen coming out.

As the names of the five children became known to the public, a man claiming to be Arthur Slugworth (Willy Wonka’s arch rival in the candy business; played by Günter Meisner) begins approaching each child to offer them a large sum of money. This cash prize would go to the child that manages to get a hold of Mr. Wonka’s latest candy creation, known as the Everlasting Gobstopper, and pass it on to him.

On the day of the grand tour, the winning quintet stood anxiously outside the huge metal gates of the mysterious chocolate factory, awaiting the arrival of their secretive host. As Willy Wonka makes his appearance, the children leap with excitement as they are now about to journey into the ever elusive candy factory of the world’s greatest candy maker. But before their trek would begin, they each had to sign a contract dictating to them that they could not touch, taste, eat, or take anything from the factory without permission from Mr. Wonka. If this contract is obeyed to the letter, then each obedient child would receive a lifetime supply of candy. It’s not long into the tour, though, that we see each child — one-by-one — fall into temptations grasp. Breaking their contract with the “candy man,” and finding themselves in one dangerous predicament after another.

The first to go, was the first to find a golden ticket — Augustus Gloop. While in the “Chocolate Room,” which was basically an indoor eatable park, the children were enjoying some wonderfully sweet treats — with Mr. Wonka’s permission, of course — when Augustus’ gluttony got the better of him. He was sampling the one thing they were told not to touch — the chocolate river. He had leaned in too far, while enjoying the sweet stream, and fell in. He was quickly pulled under by the current that constantly churned the chocolate river and ended up being pumped right into the “fudge room,” and out of the factory.

The second to go was little miss Violet Beauregarde, who fell victim to her obsession with chewing gum, while in the “Inventing Room.” She grabbed a piece of experimental gum, that was to have held all the flavors of a three-course meal, and quickly popped it into her mouth. As she described each flavor with intensity and enjoyment, she began to transform into a ripe, round blueberry. Mr. Wonka signals to his dwarf-like workers, known as Oompa-Loompas, to come and roll her down to be squeezed in a juicer and removed from the factory.

As the three remaining children work their way through the factory tour, they find themselves in a room of giant geese. The geese, as they soon find out, are the infamous geese that lay golden eggs. Veruca Salt, being the spoiled little girl that she was, quickly begins to demand that she be allowed to have one of the geese. Willy Wonka refuses her request which sends Miss Salt into a tirade of pre-pubes-ant furor. Her father begins offering Mr. Wonka large sums of money for one of the geese, so that his daughter’s tantrum can be quieted, but this was to no avail. Veruca becomes all the more enraged and ends up falling into an unlit furnace, meant to consume all the bad eggs laid by the geese, and thus becomes the third child to be escorted from the factory.

The fourth child to fall victim to his own voracious appetite for self-pleasure is our petite, American television addict — Mike Teevee. As Mr. Wonka begins to explain his invention for shrinking Wonka Bars, known as Wonkavision, Mike begins to exclaim that it works just like a TV transmission. He quickly pushes his way toward the machine and, upon starting it, places himself onto the platform that is meant to hold the giant Wonka Bars. To his Mother’s shock, her son is shrunk to the size of her thumb. Mr. Wonka summons the Oompa-Loompas to take the extra small Mr. Teevee to the “Stretching Room,” and then escort him off of the premises. Five children began the journey, but now only Charlie Bucket remained.

As Charlie and his grandfather follow Willy Wonka towards the end of the tour, they are surprised by the cold benediction and quick exit of Mr. Wonka into his office. Puzzled why they were not led out properly, nor given the life time supply of candy, both Grandpa Joe and Charlie quietly enter into the office of the “candy man.”

Inside the office, Grandpa Joe confronts Mr. Wonka about the grand prize. Willy Wonka is quite perturbed at their intrusion, and quickly responds by reminding them of the rules. You see, while on the tour, both Grandpa Joe and Charlie had snuck a taste of a strange gaseous concoction called Fizzy-Lifting Drinks. This breach of contract voided Charlie’s right to the award. Grandpa Joe, now infuriated, storms toward the exit and demands that Charlie follow along. Charlie, who had been watching the altercation between Mr. Wonka and his Grandfather, bows his head in shame. He knew he had done wrong, and he knew Willy Wonka had every right to be upset.

An Everlasting Gobstopper had been given to each of the children that had visited the “Inventing Room,” and Charlie’s Grandpa had every intention of selling it to Mr. Arthur Slugworth just as soon as he could contact him. But Charlie had other intentions, as he quietly places his sample of the newest of the Wonka candies on Mr. Wonka’s desk. With deep repentance in his voice, Charlie apologizes and walks towards the exit. 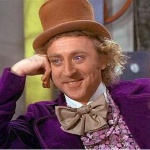 Slowly Willy Wonka reaches over to touch the hard candy laid upon his desk. “Show signs of good deed in a weary world,” we hear Mr. Wonka whisper. And with a quick turn in his chair, shouts:

You see, the “candy man” wasn’t looking for perfection in his visitors. He was simply looking for honesty, and selflessness in their character. The other four children were selfish brats looking to be gratified to their hearts content, but Charlie — who understood the importance of doing for others — sacrificed his wants for the good of Mr. Wonka and his chocolate factory. So, not only did Charlie win the lifetime supply of candy, he also won the entire Wonka candy factory. This is what God is waiting for us to realize. God desires to give us so much more than just “candy.”

In the final minutes of the film, as Willy Wonka reveals to Charlie that he is giving him the entire chocolate factory, Mr. Wonka makes this statement, “Who can I trust to run the factory when I leave, and take care of the Oompa-Loompas for me? Not a grown-up. A grown-up would want to do everything his own way — not mine. That’s why I decided a long time ago that I had to find a child. A very honest, loving child. To whom I can tell all my most precious candy making secrets.” God longs to reveal His secrets of joy, life, and love to us, but we must cast off our “grown-up” ideologies, and self-centered desires. Jesus said, in Matthew, chapter eighteen, “I tell you the truth, unless you change and become like little children, you will never enter the kingdom of heaven.” (Matthew 18:3)

God truly desires to bless us abundantly, but humanity has become so preoccupied with selfish wants and desires (especially those of us living in the western hemisphere) that we end up treating God like some great, big, cosmic “candy man.” We all desire His sweet “chocolaty” blessings, but how many of us are willing to join in on the selfless, bitter sufferings that God’s Son, Jesus Christ, calls us to endure. If we will choose to suffer for Christ now, in this life, God will open up the treasures of Heaven to us.

I’ll leave you with these words that Jesus spoke in the ninth chapter of the Gospel according to Luke:

“Then He [Christ] said to them all: ‘If anyone would come after me, he must deny himself and take up his cross daily and follow me. For whoever wants to save his life will lose it, but whoever loses his life for me will save it.’” (Luke 9:23-24)

In part two, of this article on selfishness, we will look more deeply into what it means to be self-centered versus Christ-centered. We will attempt to cover all of the various ways in which selfishness can make an appearance in our lives, and reveal the way Christ would have us be.